Posted on 21 February 2013 by Fletcher DeLancey 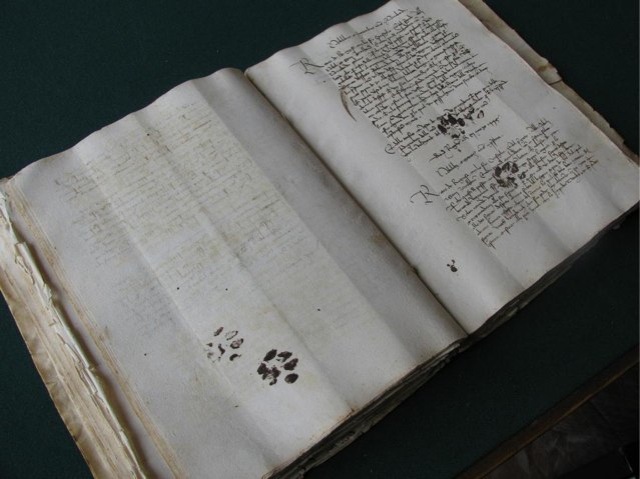 The Atlantic calls this “The 15th-Century Equivalent of Your Cat Walking on Your Keyboard,” and it first made me laugh, then gave me an odd sense of comfort. How nice to know that through 700 years of lightning fast changes in human history, one thing has remained constant: cats still walk across our work.

…inky pawprints, gracing a page of the 13th volume of “Lettere e commissioni di Levante,” which collated copies of letters and instructions that the Dubrovnik/Ragusan government sent to its merchants and envoys throughout southeastern Europe (Bosnia, Serbia, Croatia etc.), according to [medievalist Emir O.] Filipovic — sort of a 15th-century Federal Register. The particular document that the cat got its paws on dates to March 11th, 1445.

I like to think the scribe was amused. The bureaucracy, probably not so much.

Then again, nobody ordered a rewrite, so perhaps the higher-ups weren’t as stuffy as they usually are today.

Socialist heathen and Mac-using author of the Chronicles of Alsea, who enjoys pondering science, politics, well-honed satire (though sarcastic humor can work, too) and all things geeky.
View all posts by Fletcher DeLancey →
This entry was posted in history, life. Bookmark the permalink.

4 Responses to Some things never change